Question Stream
An always-on stream of proprietary data, direct from your consumers
Use Cases
10x speed to insights for attribution, personalization, CRO & more

Implementation
Servicing Shopify, other Ecomm platforms, and beyond 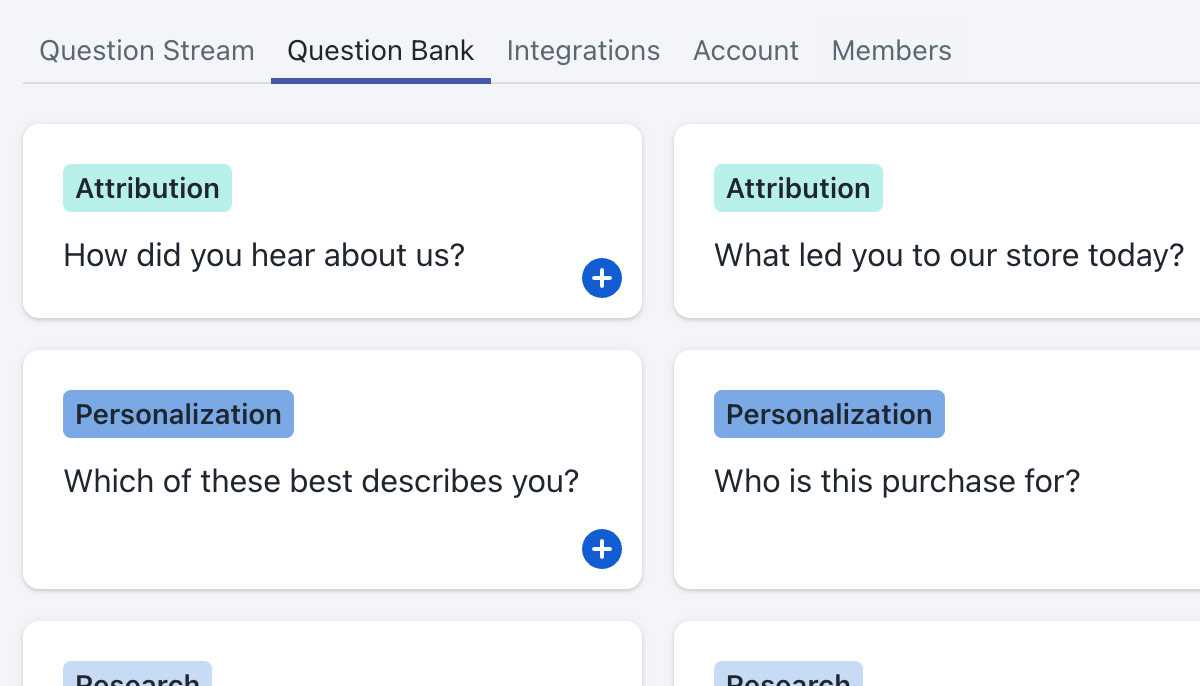 Docs
Support documentation & how-tos for all Fairing features and integrations

Mission
Why we chose to operationalizes zero-party data for Ecommerce 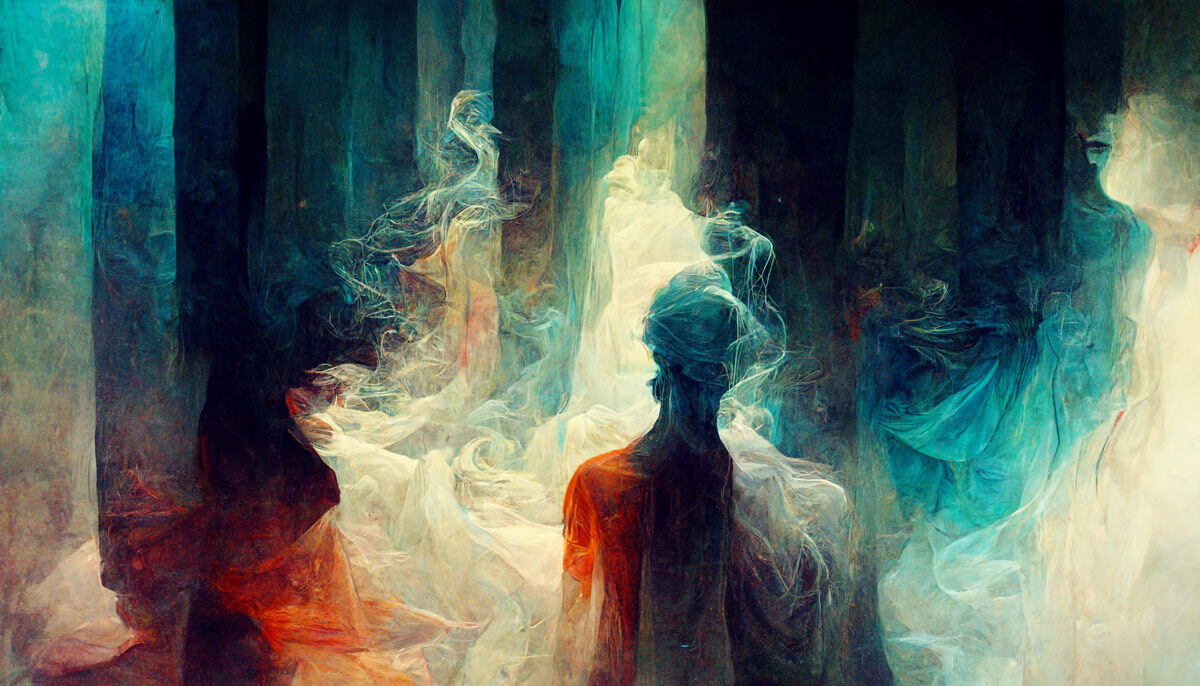 The Known-Unknowns Matrix In Ecommerce

If you’ve ever worked on a high-stakes product team, or in military operations, you’ve probably heard of the Known-Unknowns Matrix: a risk assessment model splitting knowledge into four phases. This matrix is appropriated from a psychological theory known as the Johari Window: a mental model addressing interpersonal relationships.

The DTC realm overlaps nicely with both of these constructs: brands are trying to build sustainable relationships based on knowledge of their consumer market, while internal and external influences create challenges along that path to sustainable success. Within Fairing, this Ecommerce Known-Unknowns Matrix is an idea we reference often when we discuss the importance of direct-from-consumer data.

The four phases of the matrix can be explained like so, using a few examples pulled directly from our conversations with DTC brands:

Known-Knowns: Knowledge – I know what I have

Known-Unknowns: Awareness – I know what I need

Unknown-Knowns: Bias – I don’t know what I have

Unknown-Unknowns: Ignorance – I don’t know what I need

You might notice some interesting distinctions here, which we’ll get to in a moment. For now, it’s also worth noting that a brand could think of this structure as “who should I ask?” when pursuing knowledge:

Of course, we’d all love to sit squarely in the Known-Knowns corner all day long, running our businesses with total omniscience. But that urge is precisely what lures us into Unknown-Known blind spots, or stops us from critical thinking through Unknown-Unknowns, or causes us to deprioritize investigating Known-Unknowns.

Direct traffic serves up a perfect illustration for the Ecommerce Known-Unknowns Matrix. If we’re being honest as marketers, many of us simply assume Direct traffic is an unsolvable mystery, and operate under that assumption. 10%, 20%, 30%... it doesn’t really matter what % of your sales are attributed to “direct”, right? Because there’s nothing you could do with that information anyway. “What do I do with this Direct traffic?” is an unknown-unknown.

Now, what’s really going to bake your noodle is the relativity of this whole matrix. To you, Direct traffic may be an unknown-unknown; an ever-present anomaly on your books. But to a more experienced marketer who has awareness of the tools and processes that can address this gap in the data, Direct traffic is a known-unknown that can, at least in part, become a known-known just by implementing a few resourceful solutions.

And of course, the stinger here is that the more experienced marketer looks at what you’re doing and realizes something you don’t: that you’re actually stuck in the unknown-knowns quadrant. In other words, your assumption about Direct traffic is the blind spot, not the data.

Said another way, the same question can fall into different corners of the matrix depending on whom you ask. If the question is “how much of my revenue comes from podcast ads?”, a novice marketer might say the answer is an unknown-unknown and revert to measuring incremental sales lift whenever the ads run. But an Fairing partner like Right Side Up would tell you it’s a known-unknown — you just need to apply a measurement methodology using some key tools. Once you’ve done that, a brand like Füm would say it’s a known-known, sitting right there in the marketing analytics dashboard.

That’s a world of difference, and one that extrapolates to the entire business. A brand run by an overconfident self-proclaimed “expert”, who hires a bunch of yes-men and doesn’t talk to customers, is going to be dragged down by the gravity of their own Unknown-Knowns bias. These ecommerce brands think they’re winning, and it’s hard to convince them otherwise until something catastrophic shakes their thinking loose.

This “z-pattern” of progress towards knowledge is fairly natural, but it’s not at all optimal. Instead, you want to avoid Unknown-Knowns as much as possible… though that doesn’t mean your learning path will be linear.

So how do you know you’re moving in the right direction at any given moment? In large part, this comes from maintaining a team mindset of continuous learning, curiosity, humility, and experimentation. The Unknown-Knowns corner is where you get stuck when those traits atrophy — and whether novice or expert, we all have our blind spots which reside in that quadrant. Squashing them should be both a personal and professional goal.

We like to say data doesn’t lie until you start asking it questions... that’s when your team’s curiosity and resourcefulness will influence where you end up on the matrix. Knowing when, where, why and how to ask questions is your key, and perhaps that’s a bit of a brain-twister at first pass: the Known-Knowns quadrant expands when you obsess over every other quadrant.

To get a more actionable feel for the Ecommerce Known-Unknowns Matrix, let’s touch on a few real-world paths to knowledge using direct-from-consumer data:

In truth, what the Ecommerce Known-Unknowns Matrix reveals is that you’re never done learning… but each question broadens your perspective, and consequently, your potential for predictable and sustainable growth.

Taking Action On The Known-Unknowns Matrix

Now that you’ve seen the Ecommerce Known-Unknowns Matrix up close, what examples come to mind in your own experience? Drop us a line; we’re always interested in hearing what brands learn from challenging their assumptions.

A growing collection of our best practices, product updates, and success stories in building a sustainable, maneuverable advantage for DTC brands.

Thank you! Your submission has been received!
Oops! Something went wrong while submitting the form. 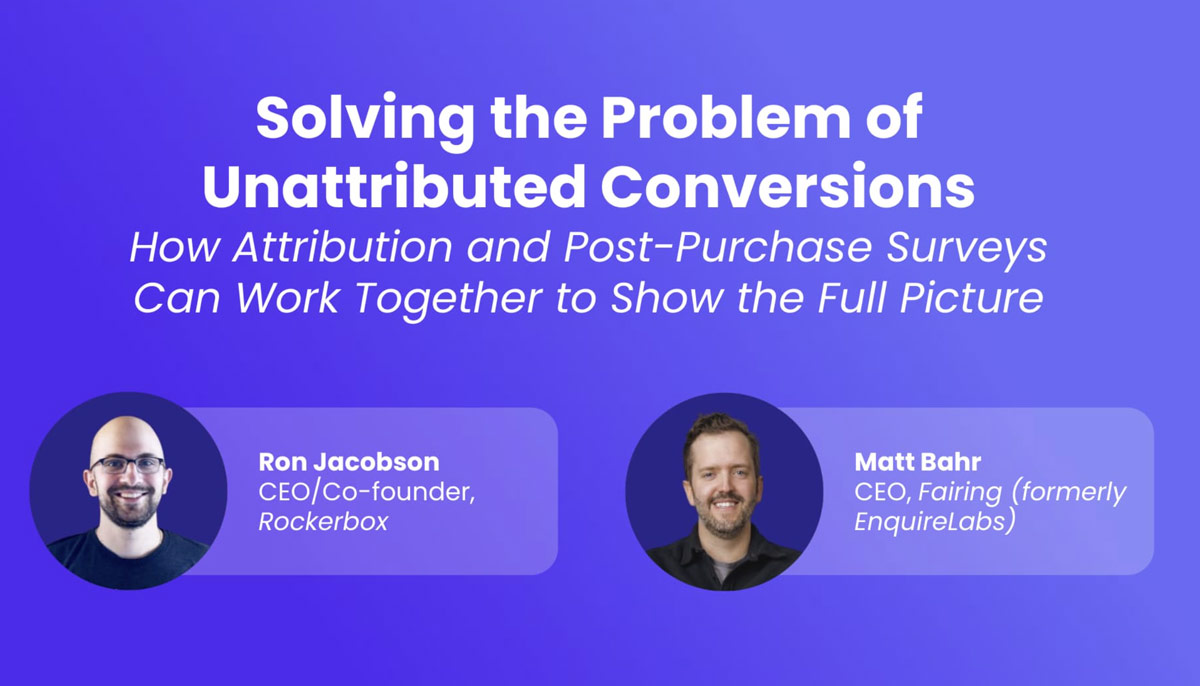 Solving The Problem Of Unattributed Conversions With Rockerbox

Whether you call it direct, dark, or unknown traffic, it's an attribution black hole that obscures the impact of marketing channels. But: there's a lot more data to light up than you may think.
Read more 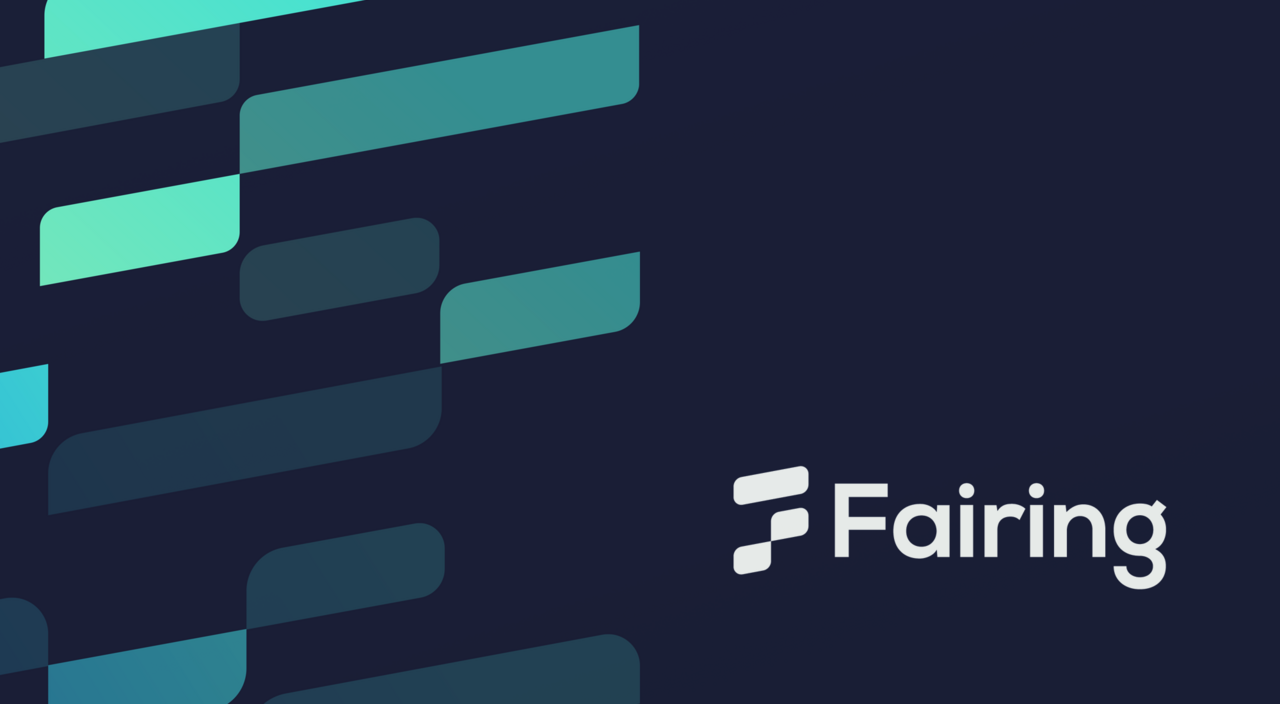 EnquireLabs Is About To Become Fairing

EnquireLabs is now Fairing: bringing speed & scale to survey data for DTC brands. Learn about the rebrand, and how it translates to our road ahead.
Read more 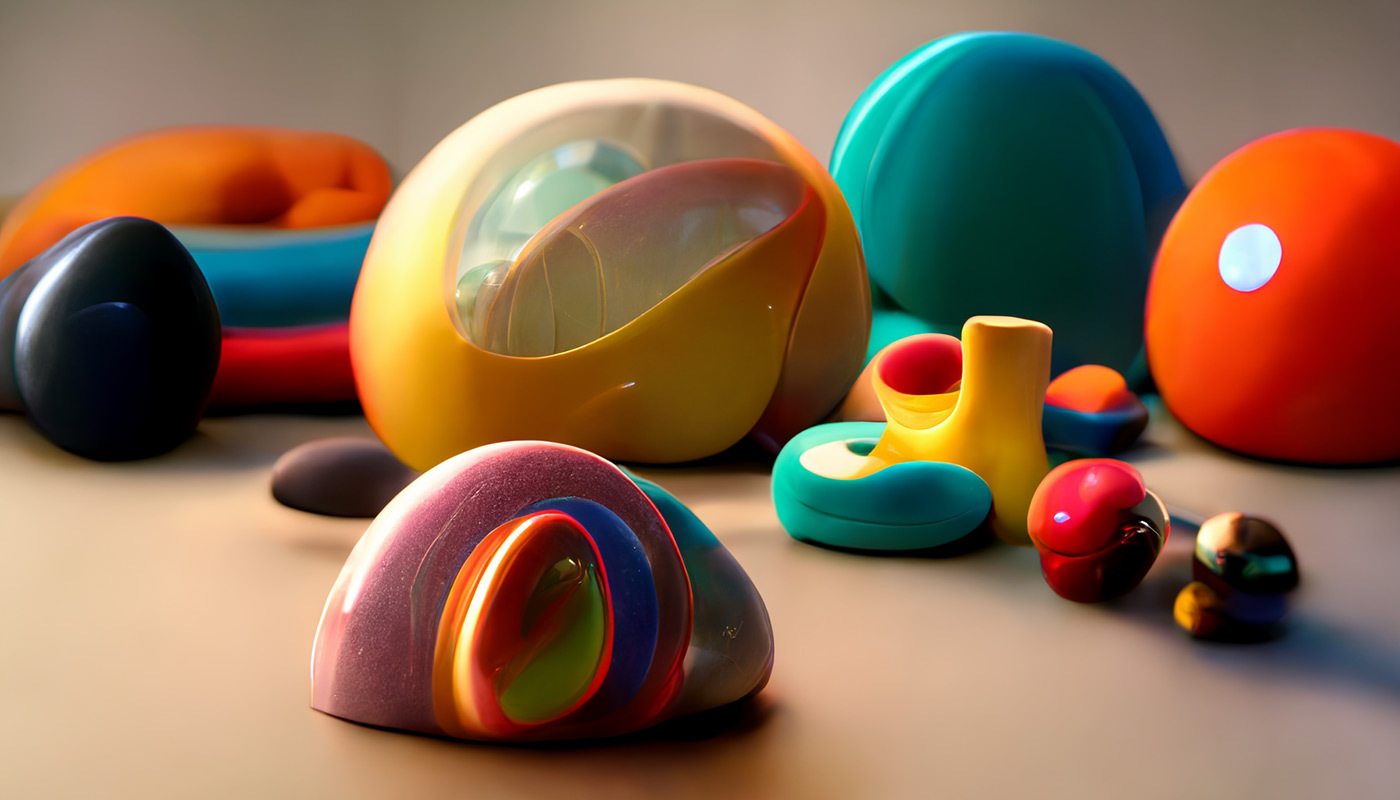 QOTD: Are You Switching From Another Brand?

Fairing’s Question Of The Day fuels consumer research by asking ”Are You Switching From Another Brand?” Use it for competitor analysis and personalization.
Read more 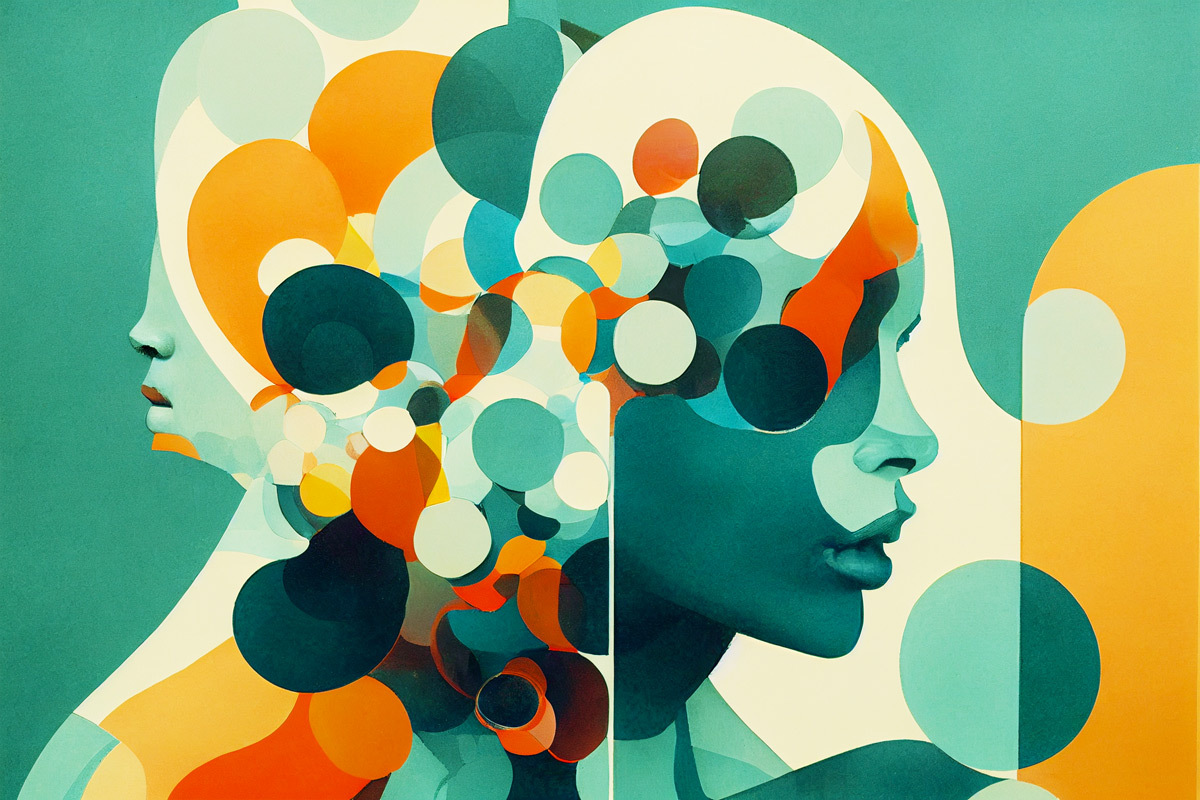 Segmentation Will Save Your BFCM

Customer segmentation doesn’t have to be a guessing game. If you don’t have the data to win the BFCM inbox battle, all you need to do is ask for it.
Read more